How to convert MOV videos to the MPEG format with pictures

Do you get an MOV video from your friends and can’t open it? In fact, the MOV format is developed by Apple Inc. People can open it with QuickTime player. But many people complain that they can not open and play MOV file in their applications or playback devices.

In this case, you can change the video format from MOV to MPEG. What is the MPEG format? And how to convert MOV to MPEG?

You will acquire the information as long as you read the following parts. 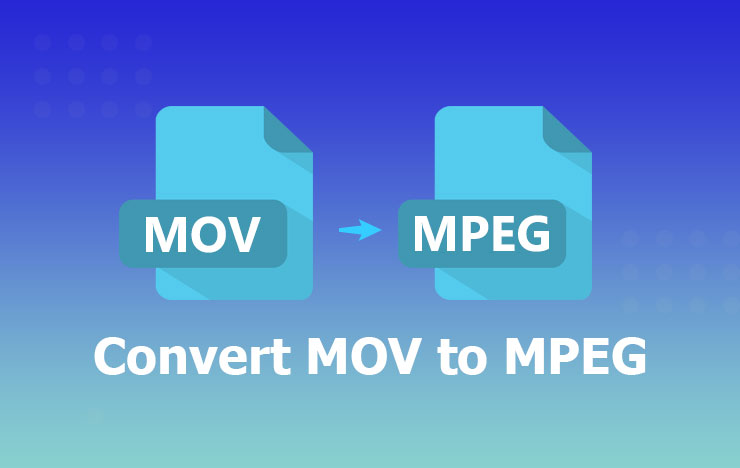 1 Was is the MPEG format

Seriously speaking, MPEG (Moving Picture Experts Group) is not a video format. It’s an international standard especially for moving pictures and compressed audio. There are 5 standards including MPEG-1, MPEG-2, MPEG-4, MPEG-7, and MPEG-21.

2 How to convert an MOV file to MPEG

If you want to convert an MOV file to MPEG with the easiest way, you must not miss the freeware ToolRocket Video Converter. It is a versatile video converter and editor software on Windows. As a powerful video conversion program, it supports abundant video and audio formats incl. MOV and MPEG.

In the following part, you can follow my steps and learn how to turn MOV format to MPEG using ToolRocket Video Converter.

Step 1: Download, install, and run the application on your Windows 10, Windows 8, Windows 7 computer. Then select the “Converter” function.

Step 2: Click the “Add Files” button or drag your MOV file(s) directly to the software. If you have more than one files to convert, just upload them together. Because of the bulk conversion feature, you are able to convert them at one time, which increases the video conversion efficiency extremely. 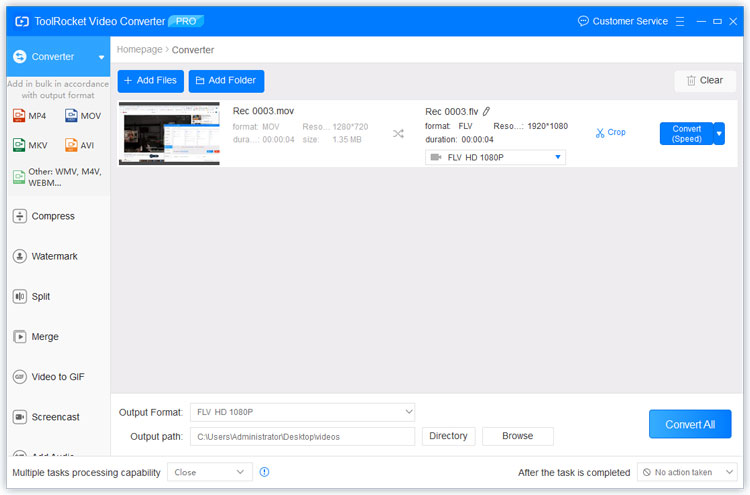 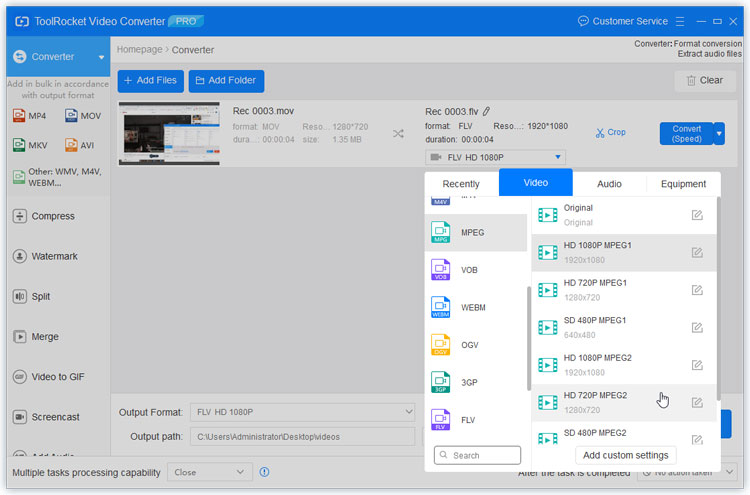 Step 4: Click the “Browse” button next to “Directory”. Then you can set the output path for the MPEG file. Finally, click “Convert All” to export the video to the hard drive of your computer.

2. When you open the software, you may find there are various features available to you. For example, compress video, add watermark to video, split video, merge video, convert video to GIF, record video, add background music to video, optimize video effect, take a screenshot, etc. 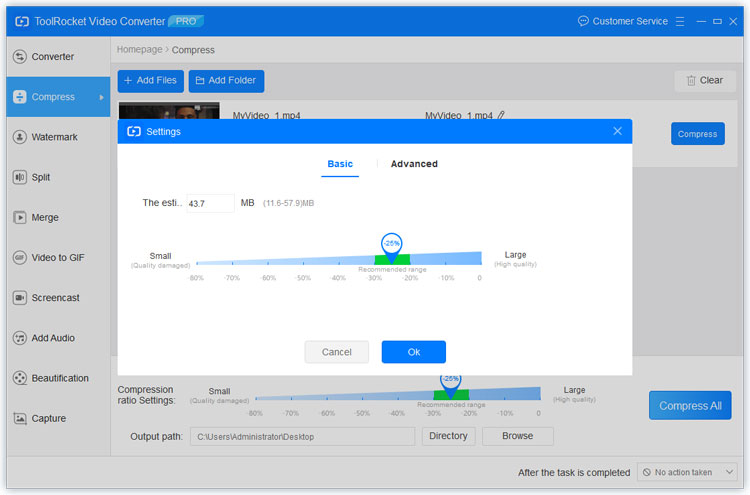 3. While setting the output format, you can also enter the format name or select one for your device.

4. In video converter, there is a built-in video recorder. If you want to record the computer screen, you don’t need to install any other screen recorder applications on your computer.

If you don’t want to download any desktop software on your computer, you can also use an online MOV to MPEG converter, such as convertio, zamzar, cloudconvert etc. Usually, the online tools are very easy to use but have a limit to the video size. So if your MOV video not too large and less than 100 MB, you can use these online tools.

Question 1: How do I convert MPEG to MOV?

In this article, you have known the freeware ToolRocket Video Converter. It can not only help you convert MOV to MPEG but also save MPEG as MOV.

Question 2: How do I convert iPhone video to MPEG?

Question 4: Can I just rename MOV to MP4?

Have you experienced the software ToolRocket Video Converter for converting MOV files to MPEG? What do you think of it? If you already installed it, you can also try the video editing functions. As a matter of fact, it supports 4K UHD, HD 720p, SD 480p videos. So you can easily change video resolution with it.